A person is affected by a stressful situation to the point that it is affecting their physical and mental health. In addition to making the correct Du’a for anxiety and stress, is it permissible to seek the professional help of a Muslim psychiatrist/psychologist if one feels they may be having some type of mental difficulties in handling their situation? If permissible, would it be necessary to confirm that the doctor himself/herself is following the correct Aqidah? Would it also be permissible to take anti-depressants or mood controlling medication if prescribed in order to better handle one’s stress levels.

There is nothing wrong with treating the diseases that befall a person, and this is not forbidden. But that is subject to the condition that the treatment does not cause side effects which are worse than the problem itself.

We advise the one who is sick – whether that is spiritual (mental) illness such as anxiety and depression, or physical illness such as various kinds of pain – to hasten first of all to treat the problem with Ruqya as prescribed in Shari’ah. This means verses and Ahadith which are recommended in Shari’ah and in which the texts state there is healing for diseases.

Then we advise treating it with natural materials which Allah has created, such as honey and plants, for Allah has created special properties in them which may treat many kinds of diseases, and at the same time they do not have any side effects on the one who takes them.

We think that you should not take artificial chemical remedies for anxiety. For this disease a person needs a spiritual remedy rather than a chemical one.

So he needs to increase his faith and his trust in his Lord; he needs to make more Du’a’ and pray more. If he does that, his anxiety will be removed. Seeking to relax by means of doing acts of worship has a great effect on the soul, dispelling many kinds of psychological disease. Hence we do not see any benefit in going to a psychologist whose beliefs are corrupt, let alone one who is a Kafir. The more the doctor knows about Allah and His religion, the better advice he will give to his patient.

“Whoever works righteousness — whether male or female — while he (or she) is a true believer (of Islamic Monotheism) verily, to him We will give a good life (in this world with respect, contentment and lawful provision), and We shall pay them certainly a reward in proportion to the best of what they used to do (i.e. Paradise in the Hereafter)”

It was narrated that Suhayb said: the Messenger of Allah (peace and blessings of Allah be upon him) said:

This world should not be the main concern of the Muslim. Worry about his provision should not find any room in his heart or mind, lest that make his sickness and his anxiety worse.

It was narrated that Anas (may Allah be pleased with him) said: The Prophet (peace and blessings of Allah be upon him) said:

Ibn Al-Qayyim (may Allah have mercy on him) said: “When a person spends his entire day with no other concern but Allah alone, Allah, may He be glorified, will take care of all his needs and take care of all that is worrying him; He will empty his heart so that it will be filled only with love for Him, free his tongue so that it will speak only in remembrance of Him (Dhikr) and cause all his faculties to work only in obedience to Him. But if a person spends his entire day with no other concern but this world, Allah will make him bear its distress, anxiety and pain; He will leave him to sort himself out, and cause his heart to be distracted from the love of Allah towards the love of some created being, cause his tongue to speak only in remembering people instead of remembering Allah, and cause him to use his talents and energy in obeying and serving them. So he will strive hard, laboring like some work-animal, to serve something other than Allah… Everyone who turns away from being a true slave of Allah and obeying Him and loving Him will be burdened with servitude, love and obedience to some created being. Allah says (interpretation of the meaning):

‘And whosoever turns away (blinds himself) from the remembrance of the Most Beneficent (Allah), We appoint for him a Shaytan (devil) to be a Qarin (intimate companion) to him.’

Sheikh Ibn ‘Uthaymeen (may Allah have mercy on him) was asked:

Can a believer become mentally ill? What is the treatment for that according to Shari’ah? Please note that modern medicine treats these illnesses with modern medicines only.

One of the means of treating them is mentioned in the Sahih Hadith from Ibn Mas’ud (may Allah be pleased with him): “There is no-one who is afflicted by distress and grief, and says: ‘Allahumma inni ‘abduka Ibn ‘abdika Ibn amatika nasyati bi yadika, mada fiyya hukmuka, ‘adlun fiyya qada’uka. As’aluka bi kulli ismin huwa laka sammayta bihi nafsaka aw anzaltahu fi kitabika aw ‘allamtahu ahadan min khalqika aw ista’tharta bihi fi ‘ilm il-ghayb ‘indaka an taj’al Al-Qur’ana rabee’ qalbi wa noor sadri wa jala’ huzni wa dhihab hammi (O Allah, I am Your slave, son of Your slave, son of Your maidservant; my forelock is in Your hand, Your command over me is forever executed and Your decree over me is just. I ask You by every name belonging to You which You have named Yourself with, or revealed in Your Book, or You taught to any of Your creation, or You have preserved in the knowledge of the Unseen with You, that You make the Qur’an the life of my heart and the light of my breast, and a departure for my sorrow and a release for my anxiety),’ but Allah will take away his distress and grief, and replace it with joy.” This is one of the remedies prescribed in Shari’ah.

One can also say

“La ilaha illa Anta, subhanaka inni kuntu min Az-Zalimeen (none has the right to be worshipped but You (O Allah), Glorified (and Exalted) be You [above all that (evil) they associate with You]! Truly, I have been of the wrongdoers)”

Whoever wants to know more than that should refer to what the scholars have written about Dhikr, such as Al-Wabil As-Sayyib by Ibn Al-Qayyim; Al-Kalim At-Tayyib by Sheikh Al-Islam Ibn Taymiyah; Al-Adhkar by Al-Nawawi; Zad Al-Ma’ad by Ibn Al-Qayyim.

But because people’s faith is weak nowadays, they are less receptive to the remedies prescribed in Shari’ah. So people nowadays have started to rely on physical medicines more than on the remedies prescribed in Shari’ah. But when a person’s faith is strong, the remedies prescribed in Shari’ah are completely effective, and may work faster than physical medicine. We all know about the story of the man whom the Prophet (peace and blessings of Allah be upon him) sent on a campaign and he camped near some Arab people, but those people near whom he camped showed him no hospitality at all. Allah willed that their leader should be stung by a scorpion, and they said to one another, “Go to those people who have camped nearby, perhaps you will find a Raqi (one who can recite Ruqya) with them.” The Sahabah said to them, “We will not recite Ruqya for your leader unless you give us such and such a number of sheep.” They said, “Fine.” So one of the Sahabah went and recited Ruqya for the one who had been stung. He recited Surat Al-Fatihah only, and the one who had been stung got up as if released from a chain.

Reciting Al-Fatihah had such an effect on this man because it came from a heart that was filled with faith. The Prophet (peace and blessings of Allah be upon him) asked him,

“How did you come to know that it (Surat Al-Fatihah) could be recited as a Ruqya?”

But in these times when religious commitment and faith have become weak, people have started to rely on external physical medicines, and they are suffering as a result.

But on the other hand there are charlatans who play with people’s minds; they are clever and able to trick people, claiming that they are good reciters of Ruqya when in fact they are consuming people’s wealth unlawfully. So people are caught between two extremes; one extreme is those who think that Ruqya has no effect at all, and the other is those tricksters who play with people’s minds by reciting false and deceitful readings. And there are some who are moderate in their approach to this issue.

We ask Allah to protect us and you from the evils of anxiety and worry, and to open our hearts to faith, guidance and tranquility. 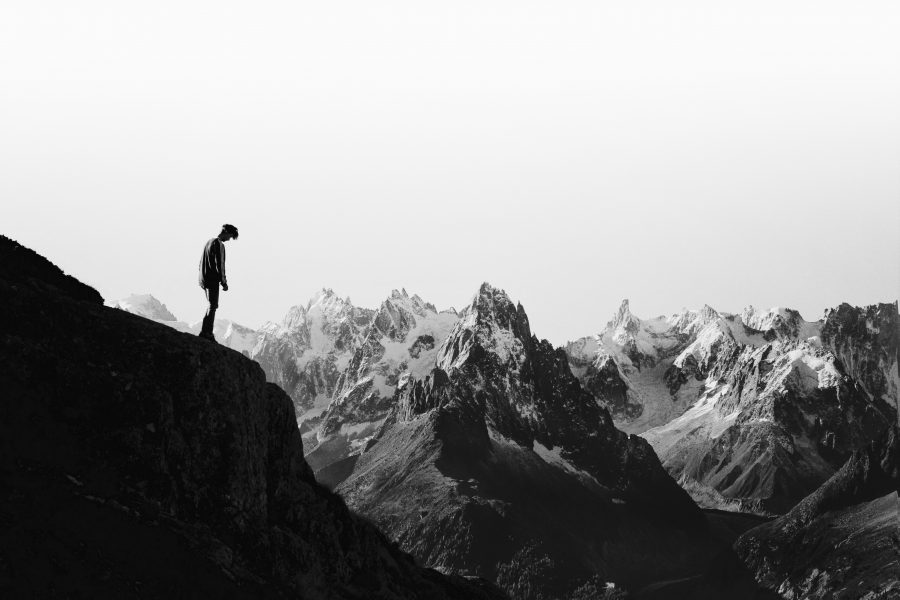 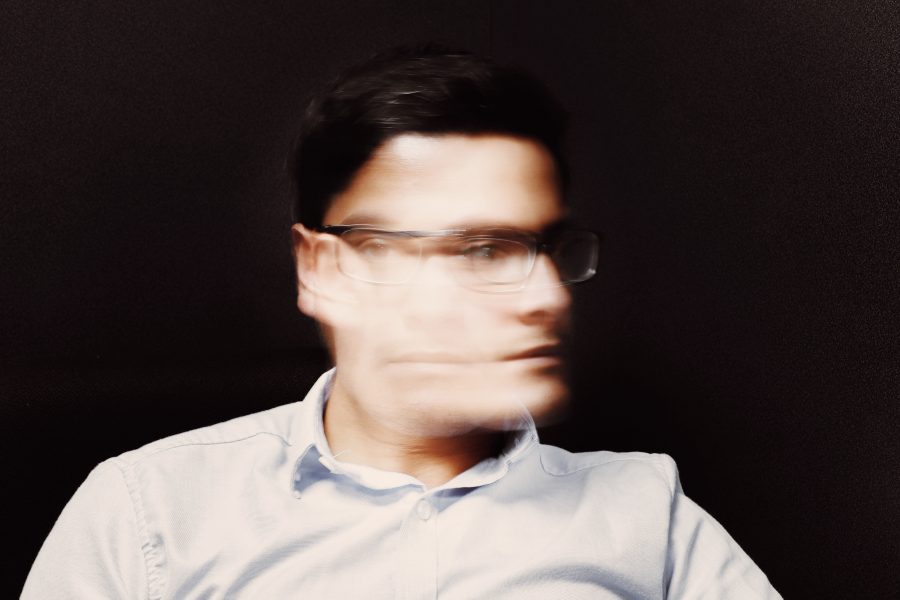