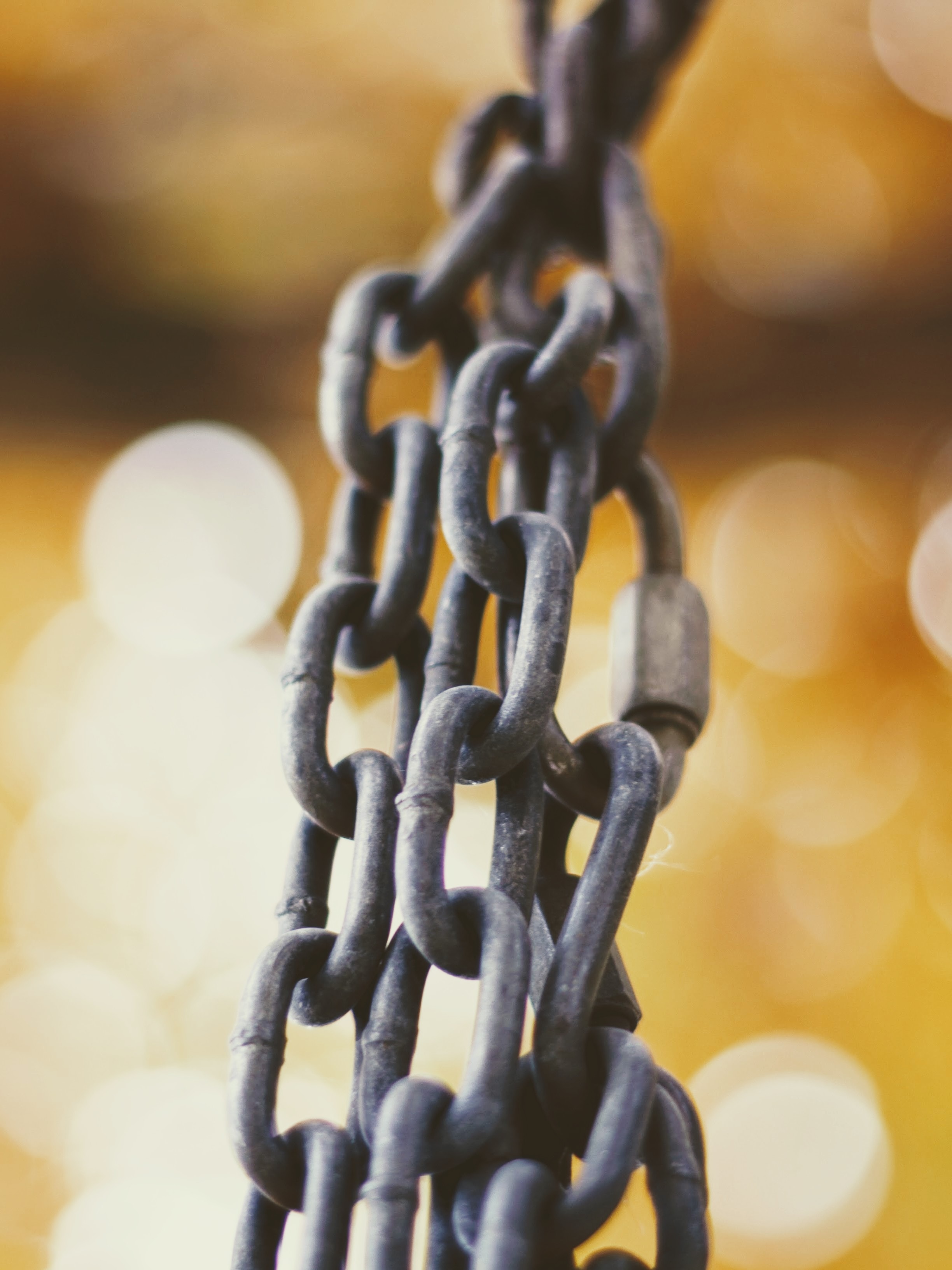 How to Protect Oneself From Zina?

The problem is that I am a young man of thirty years of age. I got to know a girl who is nineteen years old who used all kinds of means to get to know me and get close to me. Without much talk or discussion, she went with me to my flat and I had intercourse with her dozens of times. There was a moment when I felt that I was about to die and I wanted to repent. I went to my father and asked him to get me married, and in fact I got married to a righteous girl from a respectable family. My main aim in marriage was to seek a woman who was religiously-committed, and this is what happened, for she is religious and is the daughter of a respected shaykh. But my problem has become worse. Despite the fact that I have been successfully married – in everyone else’s eyes – for over a year and a half, I suddenly realized that I still feel love for the first girl with whom I had intercourse, and I am not able to leave her. Since I got married, I have not touched her or gone near her, but not a day goes by without me getting in touch with her by phone, and I do not want to hide from you the fact that I masturbate with my hand while I am speaking to her on the phone. I feel as if I am trapped by this girl and now she is not after me as much as I am after her. When we meet I feel scared to touch her, because I fear going back to zina. My problem is simply psychological, which is how to discipline? myself and convince myself to keep away from this girl for once and for all, even though my wife is more beautiful than her and is better and she does everything she can to keep me chaste. Please help me to that I can be content with myself and be a righteous person.

We ask Allah to relieve your distress and that of everyone who is distressed. From your question we may note the following:

The fact that you have cut off the route to the Shaytan, and are preventing him from continuing to tempt you, by getting married is something commendable, which points – in sha Allah – to the goodness in your heart.

In order for you to be sincere towards your Lord in your repentance, and so that Allah may change your bad deeds (sayi’at) into good deeds (hasanat), you have to stop thinking about the first woman. Do not follow in the footsteps of the Shaytan, and do not get carried away thinking about her, let alone speaking to her on the telephone, let alone meeting her, let alone doing anything that is more serious than that.

My brother, think about it. Do you want to come out of your grave on the day when mankind is resurrected, holding onto your private part? Do you not see the great difference between this and between being resurrected prostrating or reciting the Talbiyah (as on Hajj or ‘Umrah) or remembering Allah?

The way in which you describe yourself makes us feel that there is much that is good in you, so beware of losing the reward for this goodness by having a bad end. Beware of depriving yourself of the reward for these virtues by committing such a major sin that will bring the wrath of your Lord upon you.

You have no excuse for this relationship, for you are married to a woman who – as you say – is more beautiful and is better than the first one, so why not thank Allah for giving you a halal means of satisfying your desires? Why are you not content with that which Allah has decreed for you of permissible things?

Your sin in doing these haram deeds is worse than if you were not married. You are not single, rather Allah has blessed you with the means of satisfying your desires in a permissible way. So whenever the Shaytan makes you think of her (the first woman), go to your wife and seek refuge with Allah from the Shaytan.

We give you the best advice, which is to make du’a’. Get up in the latter part of the night and beseech your Lord, submitting yourself to Him and humbling yourself before His Majesty, asking Him to rid you of the problem. Turn to your Lord and call upon Him, for He is the best One to be asked – may He be glorified – and He does not turn away His slaves if they are sincere.

Do you know that by thinking of this girl, getting in touch with her and meeting her, the Shaytan may cause you to fall into that which you did before? I hope that you will not be over-confident and think that you will be able to resist, for the one who is ruled by his desires is weak, and whoever walks for a few steps with the Shaytan will walk with him to the end. But you should know that you are incurring the wrath of the Compeller (al-Jabbar) and that you are committing one of the gravest acts of disobedience against Allah after shirk.

Imam Ahmad (may Allah have mercy on him) said: I do not know of any sin after murder that is worse than zina, and he quoted as evidence the hadith of ‘Abd-Allah ibn Mas’od who said:

And confirmation of that was revealed in the Qur’an:

“And those who invoke not any other ilah (god) along with Allah, nor kill such person as Allah has forbidden, except for just cause, nor commit illegal sexual intercourse and whoever does this shall receive the punishment”

You must also understand the effects that zina has on the soul (or on one’s psyche). Ibn al-Qayyim (may Allah have mercy on him) said: Zina encompasses all the characteristics of evil: lack of religious commitment, loss of piety, loss of chivalry, lack of protective jealousy (ghirah). You will not find any adulterer who is pious, or keeps his promises, or speaks truthfully, or is a good friend, or has complete protective jealousy towards his family. Treachery, lying, betrayal, lack of modesty, lack of awareness that Allah is always watching, lack of chivalry, loss of protective jealousy from the heart – these are the effects and implications of zina.

“No adulterer is a believer at the moment when he is committing adultery.”

Allah has forbidden Paradise to every evil person, and He has made Paradise the abode of the good, and no one will enter it but those who are good. Allah says (interpretation of the meaning):

“Those whose lives the angels take while they are in a pious state (i.e. pure from all evil, and worshiping none but Allah Alone) saying (to them): Salamun ‘Alaykum (peace be on you) enter you Paradise, because of that (the good) which you used to do (in the world)”

“and its keepers will say: Salamun ‘Alaykum (peace be upon you)! You have done well, so enter here to abide therein”

So they will deserve the greeting of the angels and admission to Paradise because of their goodness. But the adulterers are among the most evil of creation, and Allah has made Hell the abode of evil and its people. When the Day of Resurrection comes, the evil will be distinct from the good, and the evil will be piled up together, then it and its people will be thrown into Hell. No one who is good will enter Hell and no one who is evil will enter Paradise. Another of the effects of zina is the sense of alienation which Allah instills in the heart of the adulterer, and this is like the alienation that shows on his face. For the one who is chaste has sweetness in his face and contentment in his heart, and whoever sits with him feels at ease with him. But the adulterer has signs of alienation in his face and whoever sits with him will feel uneasy. Another of the effects of zina is lack of respect, as his family, friends and others lose respect for him, and he becomes the most despicable thing in their sight; this is in contrast to the chaste person, who is blessed with dignity and sweetness. Another of the effects of zina is that people will regard him as a traitor and no one will trust him with regard to his wife or child. Another of the effects of zina is the foul odour that will emanate from him and be detected by everyone who has a sound heart; it will emanate from his mouth and body, and were it not for the fact that there are all the people have a similar odour, that smell would spread far and wide.

Another of the effects of zina is that he will feel uneasy and distressed, for adulterers are doing the opposite of what they are seeking. Whoever seeks the enjoyment and good things of life by means of that which Allah has forbidden, Allah will punish him by letting him get the opposite of that which he is trying to achieve. For that which is with Allah can only be attained by obeying Him, and Allah never makes disobedience towards Him the means of attaining anything good. If the immoral person only knew what delight, happiness, ease and good living there is in chastity, he would realize that the delights that he has missed out on are many times greater than those which he may have enjoyed, let alone the consequences in the Hereafter, when the chaste person will attain the reward of Allah and will be honored by Him.

If a person falls into its traps and snares, it will be hard for sincere people to save him and for doctors to treat him; its prisoner cannot easily be ransomed, and its victim cannot be rescued. It also leads to the loss of blessings. If a person falls into this trap, let him bid farewell to the blessings of Allah, for blessings may easily depart from a person and vanish. Allah says (interpretation of the meaning):

“That is so because Allah will never change a grace which He has bestowed on a people until they change what is in their ownselves. And verily, Allah is All-Hearer, All‑Knower”

“But when Allah wills a people’s punishment, there can be no turning back of it, and they will find besides Him no protector”

These are some of the harmful effects of this action.

We advise you to read a book by Ibn al-Qayyim which is very useful with regard to this topic. It is al-Jawab al-Kafi li man sa’ala ‘ala al-Dawa’ al-Shafi.

Finally, we ask Allah to keep you safe and sound with regard to your religious commitment and your worldly affairs, and to help you put your affairs in order before you meet your Lord. And Allah is the Guide to the Straight Path.