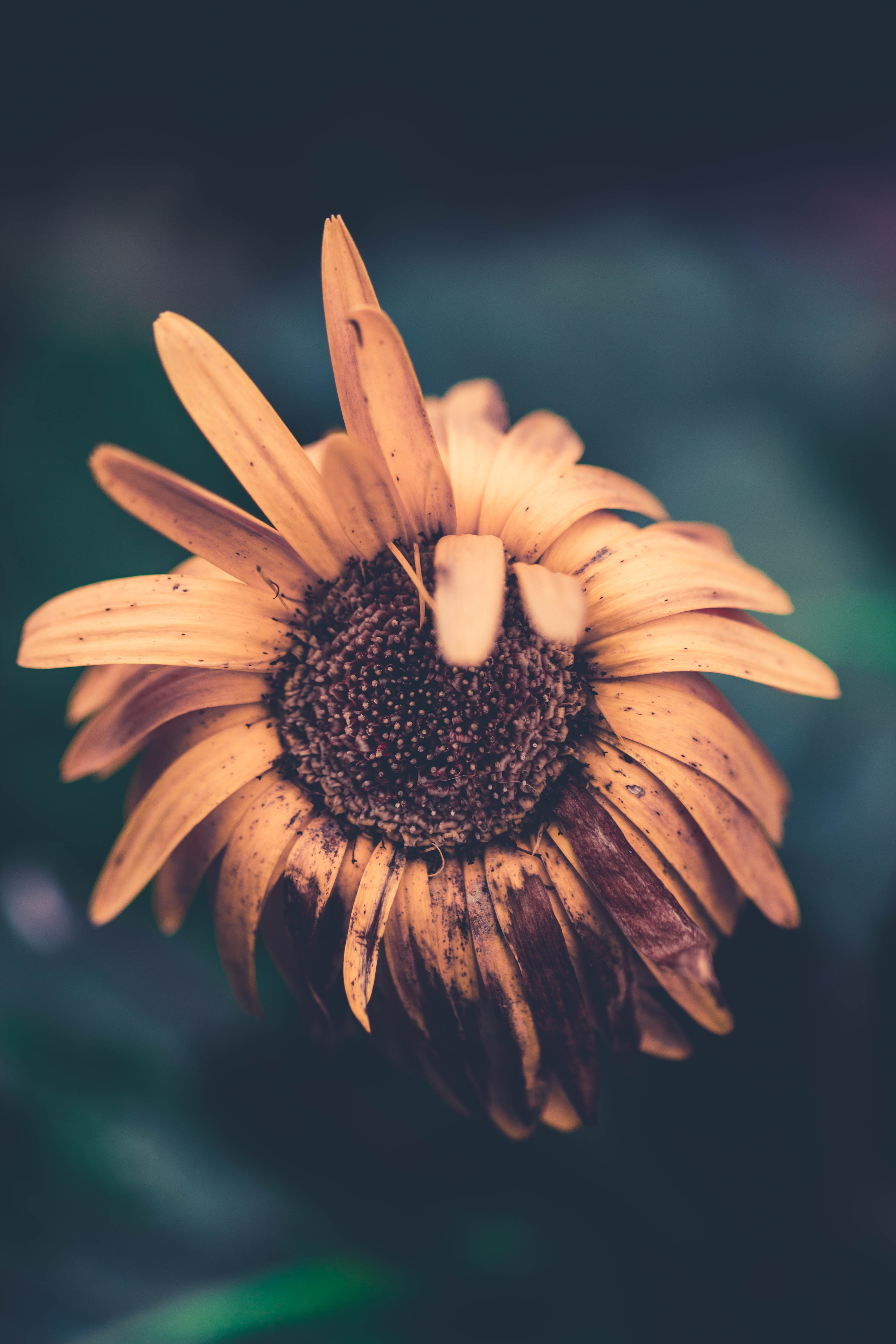 Husband Mistreats His Wife And Commits Haram – What Should She Do?

I am a woman who has been married for ten years, and I have two sons and a daughter. It was not a love marriage, but I loved my husband very much, because in the beginning he respected me and used to discuss all his affairs with me, and he used to speak words of love to me until I came to love him very dearly. In fact, he used to pray in the mosque and help me with everything, with raising the children and with housework. But after four years of marriage he began to make friends with some other guys, and by accident I found out that he was smoking shisha. I was very upset when I found out about that, and he promised me that he would never do it again, but unfortunately he still smokes shisha and he is so addicted to it that he goes to the cafe in the morning to smoke it. When I tried to stop him, he screamed in my face that I should not interfere in his business. Please note that he is not taking proper care of me and his children, and he has become very busy with his friends, to the extent that when he goes out in the morning, he does not come back until late at night. I tried to get his family to intervene in this matter, but to no avail, because he does not listen to anyone. I am very confused about my situation. He is very irritable with me, but with his friends he laughs and jokes. When I ask him to let us go out together, he does not agree, and if we do go out, he is silent all the time and does not speak, and he is busy with his phone, either with messages or returning calls, to the extent that at first I thought that he was in a relationship with another woman, but from his behaviour I think that he is only busy with his friends. I love him dearly and want him with all my heart. Please note that he used to pray in the mosque, but now the times for prayer come and go without him praying. He hurts my feelings a great deal and puts me down; he screams in my face in front of the children and in front of other people, with no consideration for my feelings. He often takes trips with his friends, and is addicted to shisha, and he spends too much on his clothes and trying to look smart, but he does not pay any attention to what we need in the house or what the children need. He has a lot of debts and does not own anything of any value. Please note that I work and spend on myself, and I pay the rent and pay the servant’s wages, and pay for many of the household expenses, but he does not care. How should I deal with him?

Marital problems are very common. If the problems stem from the husband, then the wise woman must look for the reasons why her husband’s behaviour towards her has changed, and the reasons why he is causing trouble for her. She may not be listening to him and being stubborn in her dealings with him, or she may be falling short in obeying him, or she may be neglectful regarding the house and raising her children, and so on. It cannot be imagined that a couple would have a happy married life, then things turn upside down suddenly and the husband begins to hate his wife and like to stay out at night, smoking shisha and so on, unless there are reasons that push the husband to do such things, although we know that in many instances the wife has nothing to do with that – rather it is a kind of upheaval that a man goes through after having been steadfast; we ask Allah to keep us steadfast and guide us – or it could be because of bad company, until his friends lead him astray from the straight path of his Lord and distract him from taking care of his best interests in this world and the hereafter, as appears to be the case here.

If it becomes clear to the wife that she has nothing to do with the changes in her husband, then this is a test for her from Allah, so she must choose between bearing with patience what her husband is doing, whilst continuing to advise him and pray for him, or seeking divorce, if she cannot put up with his mistreatment, or if she fears for herself or her religious commitment or her children if she stays with him, or if his sin reaches the level of disbelief, Allah forbid.

The wife must do her utmost to advise her husband and remind him, in the way that is best. She should not speak harshly to him or frown at him; rather she should speak gently to him and treat him kindly. She should also speak to her family so that they can find a good person who is close to him and can advise him, remind him and point him in the right direction. At the same time, she should be keen to offer supplication when prostrating and at the end of the night, asking her Lord to guide him.

It is not permissible for the husband to mistreat his wife, because Allah, may He be exalted, says (interpretation of the meaning): “Treat them [women] with kindness” [an-Nisa’ 4:19]. And the Prophet (blessings and peace of Allah be upon him) said: “Your wife has rights over you.” Narrated by al-Bukhari from the hadith of ‘Abdullah ibn ‘Amr ibn al-‘As. If he mistreats her, then she should respond with patience and do her duty towards him, so that she will have the reward for that, and in the hope that Allah may guide him. Allah, may He be exalted, says (interpretation of the meaning): “And not equal are the good deed and the bad. Repel [evil] by that [deed] which is better; and thereupon the one whom between you and him is enmity [will become] as though he was a devoted friend” [Fussilat 41:34].

Although there may be some sins that he is committing, and his wife may be able to put up with that, his forsaking prayer does not come under that heading, because forsaking prayer constitutes disbelief (kufr) and apostasy, so she should not allow him to be intimate with her unless he starts to pray again.

Shaykh Muhammad ibn Salih al-‘Uthaymeen (may Allah have mercy on him) was asked:

There is a woman who is married to a man who commits some sins, including major sins, such as taking drugs and the like, and she is suffering because of this man. She is a righteous and believing woman – we think she is like that, but Allah knows best. What should this woman do, given that she has tried to advise and guide him to give up this haram deed and to turn back to Allah, may He be glorified and exalted, but to no avail? What do you think? Should she go to her family or should she continue to put up with it in the hope that Allah might guide him? He also prevents his children from praying.

Answer: This man who does haram deeds – does he pray or not?

Answer: I think that if she has tried to advise him without success, then she has the right to seek an annulment of the marriage, but in a situation like that there may be other issues that make it not possible to ask for annulment, because she has children and annulment of the marriage may lead to further troubles. So if his sin does not reach the level of disbelief (kufr), there is no blame on her if she stays with him, for fear of further problems. But if his sin does reach the level of disbelief, such as if he does not pray at all, then she should not stay with him a minute longer.

Husbands should fear Allah, may He be exalted, with regard to their wives, and they should realise that Allah, may He be exalted, has commanded them to treat their wives with kindness and has instructed them to keep them in an acceptable manner. He has told them that a man may dislike his wife, yet Allah has instilled much good in her. Likewise, the Prophet (blessings and peace of Allah be upon him) stated that if the husband dislikes one characteristic in his wife, he may be pleased with what she has of other, good characteristics.

Allah, may He be exalted, says (interpretation of the meaning):

“Treat them with kindness even if you dislike them; it is quite possible that you dislike something in which Allah has placed much good”

It was narrated that Abu Hurayrah said: The Messenger of Allah (blessings and peace of Allah be upon him) said:

“No believing man should hate a believing woman. If he dislikes one of her characteristics, he may be pleased with another.”

These husbands should realise that their example is the Prophet (blessings and peace of Allah be upon him) and he was the best husband to his wives.

Ibn Katheer (may Allah have mercy on him) said:

The words “Treat them [women] with kindness” [an-Nisa’ 4:19] mean: speak nicely to them, treat them kindly, make yourself look good for them as much as you can, just as you would like them to do for you. So treat (your wife) as you would like to be treated. Allah, may He be exalted, says (interpretation of the meaning):

“And due to the wives is similar to what is expected of them, according to what is reasonable”

Perhaps a large part of the remedy is trying to keep him away from the bad friends who have distracted him from his home, his family and his religion. If you can seek help with that from righteous people in his family, so that he will have no need of the bad friends who caused him to change, then that is good.

You must also seek the help of Allah, so that your husband will find compensation for those bad companions in the comfort, love and mercy that you create at home, in the hope that Allah will grant you and your husband relief and a way out from this test.

We ask Allah to guide your husband and enable him to seek His pleasure, and to bring about reconciliation between you.

And Allah is the source of strength.