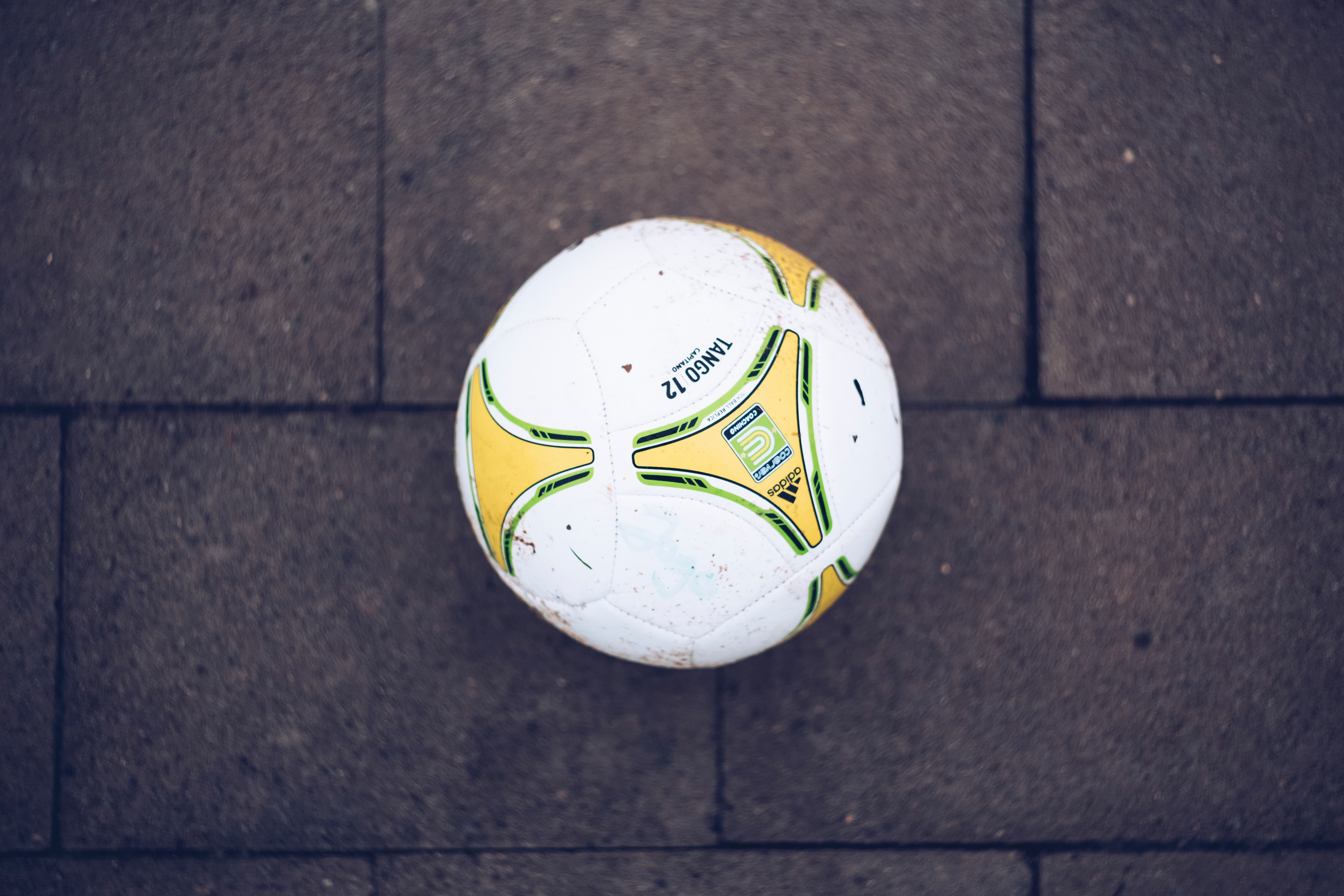 Is it Possible For Praise of a Created Being Reach The Level of Worship?

What does it mean to worship? I know worshipping others other than Allah is shirk. If I praise someone a lot or is that a form of worship. Or if Im dedicating a lot of my time playing football is it as though I’m worshipping the game?

A person’s actions cannot be regarded as worship unless two essential factors are present, namely: complete love and complete humility.

Ibn Al-Qayyim (may Allah have mercy on him) said:

Worship of the Most Gracious means to have the utmost love for Him and the utmost humility when worshipping Him. These are two pillars that form the foundation of worship, and there is no worship unless these two pillars are there.

The utmost love and humility should only be for Allah, may He be exalted. That is because of what the Muslim believes about Allah having all perfect attributes and being far above all imperfections.

The Muslim believes that Allah, may He be exalted, is Oft-Forgiving, Most Merciful, Pardoning, Generous; He gives in abundance and His blessings and favours are immense. Every blessing that reaches a person is from Allah, so his love for Him is the utmost love.

And he believes that Allah is the Sovereign, the Almighty, the Compeller, the Supreme, the Subduer, so he fears Him and humbles himself before Him, showing the utmost humility. A man may humble himself before another person, but he does not love him, so his humility towards him cannot be regarded as worship. And he may love another person or thing, but he does not humble himself before that person or thing, so his love thereof cannot be regarded as worship.

Shaykh Al-Islam Ibn Taymiyah (may Allah have mercy on him) said:

If a person is subjugated to another person (and therefore shows humbleness before him), but he feels resentment towards him, he is not worshipping him. If he loves someone but does not submit to him, then he is not worshipping him, such as when he may love his child or his friend. Therefore either of them on its own is not sufficient when it comes to worshipping Allah; rather Allah must be dearer to the person than everything else, and Allah must be greater in his view than all things. Indeed no one is deserving of the utmost love and humility except Allah. End quote.

Thus it will become clear that merely praising a person- even if it is exaggerated- and loving football and playing it a lot, is not regarded as worshipping something other than Allah.

Shaykh Ibn ‘Uthaymin (may Allah have mercy on him) said:

Praise means describing the praised one as being perfect, out of love, respect and veneration. If you describe your Lord as being perfect, this is praise, but it must be accompanied by love, respect and veneration, because if it is not accompanied by that, then it is called madh (commending), not hamd (praise). Therefore we find that some of the poets commend some people in an exaggerated manner, but if you were to check the poet’s heart, you would find it devoid of love for that person; he is only commending him because he hopes for some benefit from him or to ward off some harm.

Our praise of Allah, may He be glorified and exalted, is praise that is accompanied by love, respect and veneration. End quote.

He also said regarding the difference between hamd (praise) and madh (commendation):

As for hamd (praise), it must be based on love and veneration.

Hence we say, when defining hamd: it means describing the praised one as being perfect, out of love and respect, and no one can deserve this praise in a perfect sense except Allah, may He be glorified and exalted. End quote.

Praise for a person may reach the level of shirk if one ascribes to him attributes that no one deserves except Allah, such as knowledge of the unseen, the power to do all things, or control of the universe, and the like.

Some poets fell into shirk because of their exaggeration in describing some individuals and ascribing to them some divine attributes.

An example is what Ibn Kathir (may Allah have mercy on him) mentioned in his biography of the Andalusian poet Muhammad ibn Hani’:

He was an eminent poet, but more than one scholar deemed him to be a disbeliever because of his exaggeration in the poetry he wrote commending people in authority, such as when he wrote in praise of Al-Mu‘izz Al-Fatimi (may Allah curse them both):

What you will and not what the divine decree wills; rule, for you are the One, the Subduer.

This is a grave error and blasphemy. End quote.

Al-Bukhari (3445) narrated that ‘Umar (may Allah be pleased with him) said: I heard the Prophet (blessings and peace of Allah be upon him) say: “Do not exaggerate in praising me as the Christians exaggerated in praising the son of Maryam. I am only His slave, so say: The slave of Allah and His Messenger.”

Ibn Baz (may Allah have mercy on him) said:

He forbade overstepping the bounds in praising him and going to extremes, because that may lead to shirk. Hence he (blessings and peace of Allah be upon him) feared for his ummah and forbade them to exaggerate about him as the Christians did, until it went so far that they said concerning the son of Maryam that he was the son of God, and they worshipped him instead of Allah, because of exaggeration and overstepping the bounds. End quote.

If the Prophet (blessings and peace of Allah be upon him) forbade exaggerating about him, overstepping the bounds and raising him above the status that Allah ordained for him, then how about if that exaggeration has to do with commending someone else, no matter who he is?

The Messenger of Allah (blessings and peace of Allah be upon him) said: “Beware of extremism (and exaggeration), for those who came before you were only doomed because of their going to extremes in religion.” Narrated by Ahmad (3248) from the hadith of Ibn ‘Abbas; its isnad is Sahih.

Shaykh ‘Abd ar-Rahman ibn Yahya Al-Mu‘allimi (may Allah have mercy on him) said:

One of the greatest causes of misguidance is exaggeration about virtuous people, and one of the things that may most reinforce one in the path of falsehood is when one who exaggerates accuses anyone who tries to bring him back to the truth of hating those virtuous people and opposing them.

Football may be blameworthy if one goes to extremes in pursuing it to the point of neglecting his religious and worldly interests, as in the case of one who plays football and neglects his prayers or delays them until the time for them is over, or who fails to pray in congregation, or who breaks the fast in Ramadan so that he will have the strength to play, or he neglects his work and study… And so on.

But in such cases it cannot be said that he is worshipping football in the sense of worship that would put him beyond the pale of Islam. Rather in this case it may be said that he is following his whims and desires, which bar people from remembering and obeying Allah.

Following whims and desires is not all of the same level. In some cases it may constitute major kufr or major shirk, but in other cases it may be a major sin or a minor sin.

If he follows his whims and desires to the extent that it leads him to reject what the Messenger said, or to ridicule it, or turn away from it- as is clear from the two verses in Al-Furqan and Al-Jathiyah- then he is a mushrik in the sense of major shirk. The same applies to anyone whose whims and desires lead him to commit what the evidence proves is major shirk or major kufr, such as praying to the dead, denying that which is well established and well-known in the religion of Islam, giving up prayer, or regarding zina (fornication or adultery) and khamr (intoxicants) as permissible.

If he follows his whims and desires by swearing by something other than Allah, may He be exalted, or by showing off his deeds, then he is a mushrik in the sense of minor shirk.

If he follows his whims and desires by doing innovated deeds that do not constitute kufr, then he is an innovator.

If he follows his whims and desires by committing a major sin such as zina or drinking alcohol, without regarding it as permissible, then he is an evildoer.

If he follows his whims and desires by committing a minor sin, then he is a sinner but is not an evildoer.

Thus you will realise that following whims and desires leads to matters that vary in seriousness, so it is not correct to say that whoever follows his whims and desires is a disbeliever in a general sense, or that he is worshipping that thing in a real sense, instead of Allah.