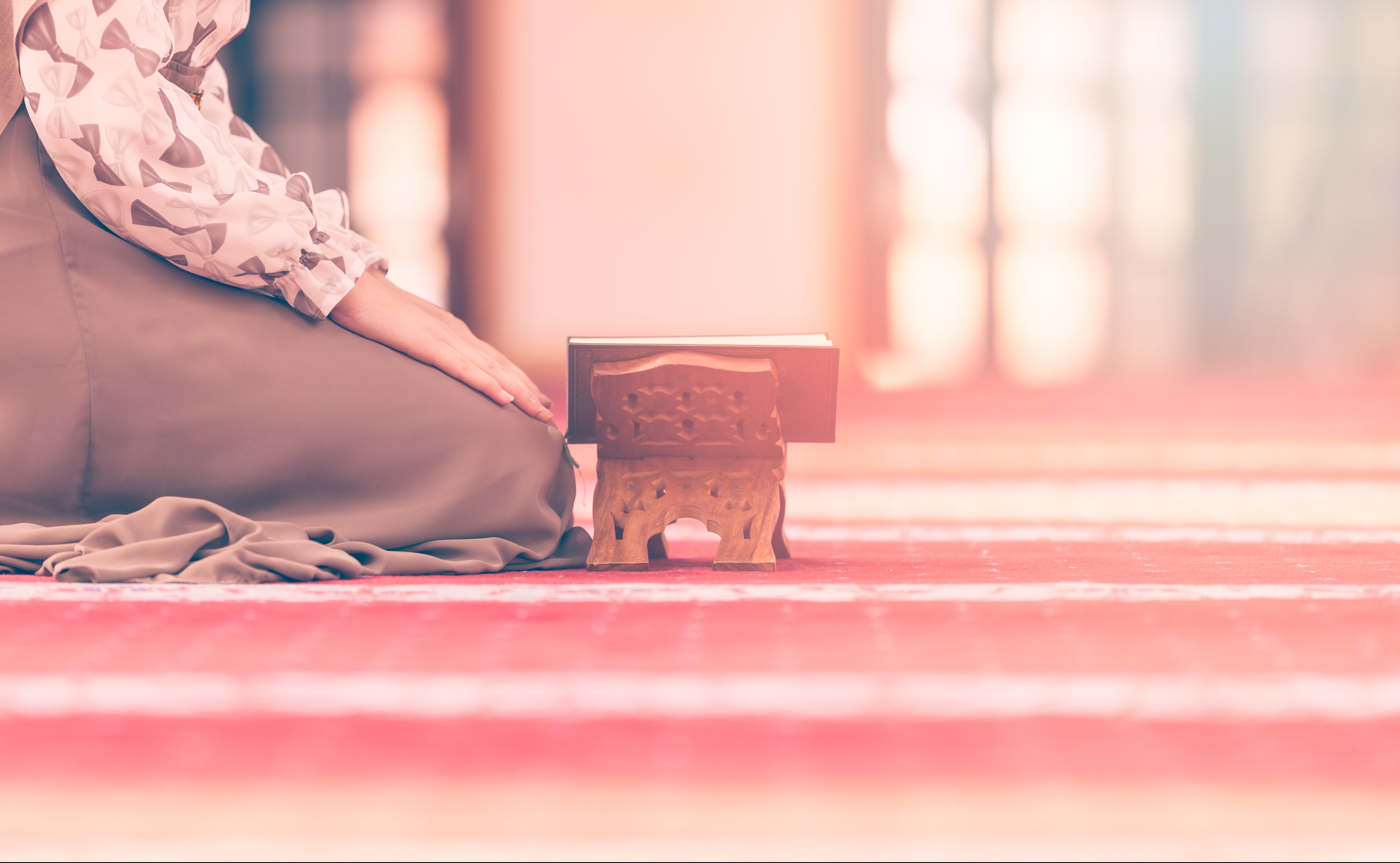 Is it permissible to read Quran while a women is having menses (periods)?

This is one of the issues on which the scholars, may Allah have mercy on them, differed.

The majority of Fuqaha’ say that it is haram for a woman to recite Qur’an during her period, until she is Tahir (pure) again. The only exceptions they make is in the case of Dhikr (remembrance of Allah) and phrases that are not intended as Tilawah (recitation), such as saying “Bismillahir-Rahmanir-Rahim” or “Inna Lillahi Wa Inna Ilayhi Raji’un”, or other phrases from the Qur’an which are repeated as general Du’as.

They base their evidence for forbidding menstruating women to recite Qur’an on several things, including the following:

Menstruation is seen as coming under the rulings that apply to one who is Junub (in a state of impurity following sexual intercourse), because both states require Ghusl. This is based on the Hadith narrated by ‘Ali Ibn Abi Talib (may Allah be pleased with him), according to which the Messenger of Allah (peace and blessings of Allah be upon him) used to teach the Qur’an and he never prevented anyone from learning it except those who were in a state of Janabah (impurity).”

The Hadith of Ibn ‘Umar (may Allah be pleased with them both), according to which the Prophet (peace and blessings of Allah be upon him) said:

“The menstruating woman and the one who is in a state of impurity (Janabah) should not recite anything of the Qur’an.”

This is a Da’if Hadith, because it was reported by Isma’il Ibn ‘Ayyash from the Hijazis, and his reports from them are Da’if as is well known to those who are conversant with the study of Hadith. Sheikh Al-Islam Ibn Taymiyah said (21/460): it is a Da’if Hadith by the unanimous agreement of the scholars of Hadith. See Nasb Ar-Rayah, 1/195; At-Talkhis Al-Habir, 1/183).

Some scholars say that it is permitted for a menstruating woman to recite Qur’an. This is the opinion of Malik, and one opinion narrated from Ahmad, which Ibn Taymiyah preferred and which Al-Shawkani believed to be correct. The scholars based the following points on this opinion:

The principle is that things are allowed and permitted unless there is evidence to the contrary. There is no such evidence to say that a menstruating woman is not allowed to recite Qur’an. Sheikh Al-Islam Ibn Taymiyah said: “There is no clear, Sahih text to indicate that a menstruating woman is forbidden to recite Qur’an… It is known that women used to menstruate at the time of the Messenger of Allah (peace and blessings of Allah be upon him), and he did not forbid them to recite Qur’an, or to remember Allah (Dhikr) and offer Du’a’.”

Allah, may He be glorified and exalted, commands (Muslims) to recite Qur’an. He praises the one who does so, and promises him (or her) a great reward. No one is excluded from this except the one concerning whom there is solid evidence (Dalil), and there is no such evidence in the case of menstruating women, as stated above.

Preventing a menstruating woman from reciting Qur’an deprives her of the chance to earn reward, and it may make her forget something of the Qur’an, or she may need to recite it for the purposes of teaching or learning.

From the above, it is clear that the evidence of those who allow a menstruating woman to recite Qur’an is stronger. If a woman wants to err on the side of caution, she can limit her recitation to the passages which she is afraid of forgetting.

It is very important to note that what we have been discussing here is restricted to what a menstruating woman recites from memory. When it comes to reading from the Mushaf (the Arabic text itself), a different rule applies. The correct view of the scholars is that it is forbidden to touch the Mushaf when one is in any kind of state of impurity, because Allah says (interpretation of the meaning):

“… which none can touch except the purified.”

In a letter to ‘Amr Ibn Hazm, the Prophet (peace and blessings of Allah be upon him) told the people of Yemen:

“No one should touch the Qur’an except one who is Tahir (pure).”

Al-Hafiz Ibn Hajar said: A group of scholars classed this Hadith as Sahih because it is so well known. Al-Shafi’i said: It is proven by them that it was a letter sent by the Messenger of Allah (peace and blessings of Allah be upon him). Ibn ‘Abd Al-Barr said: “This letter is famous among the scholars of Sirah, and is so well known among the scholars that it does not need an Isnad. It is like Tawatur because the people accepted and recognized it. Sheikh Al-Albani said that it is Sahih. At-Talkhis Al-Habir, 4/17.