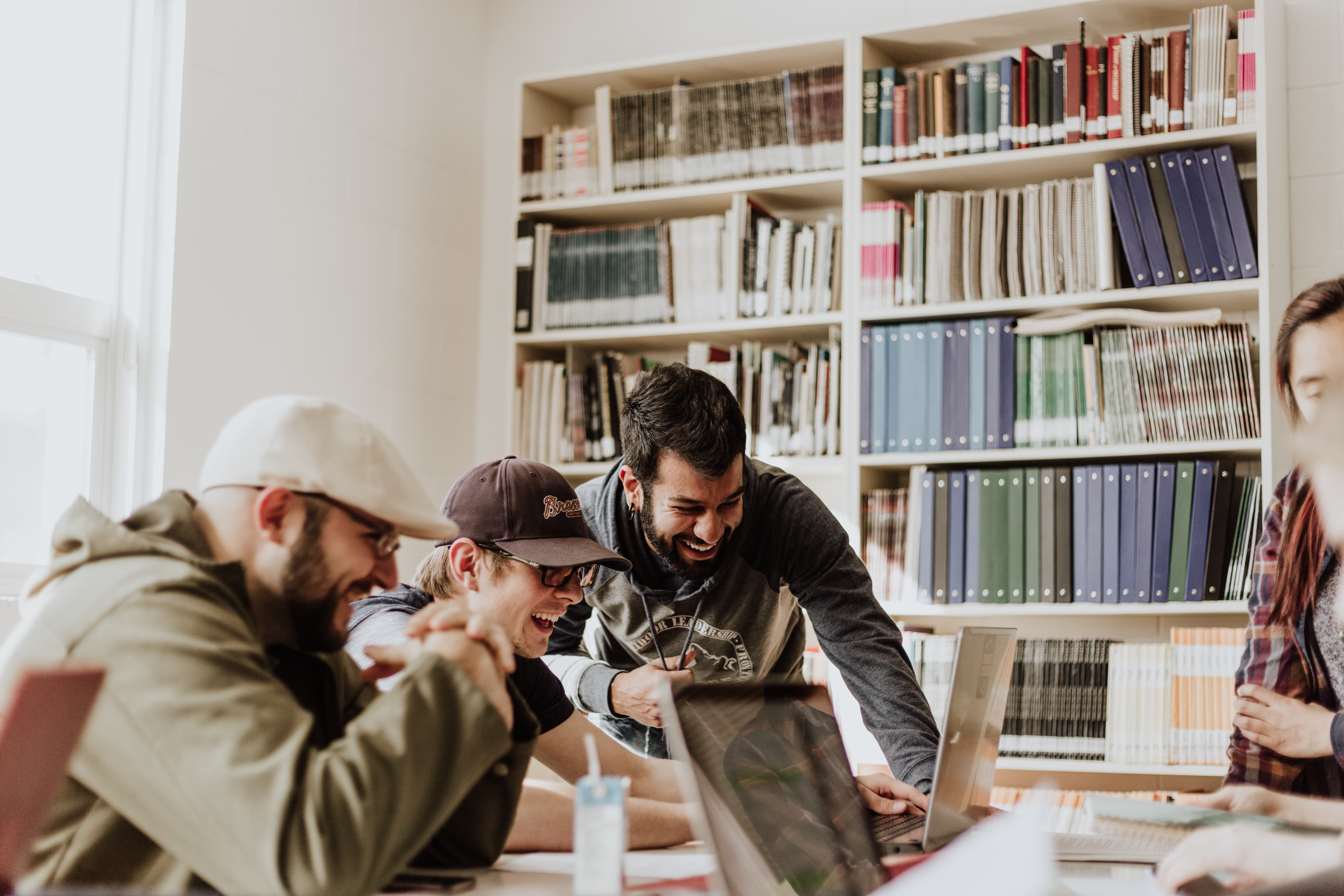 Top 10 Tips For a Muslim in an Open Office Environment

In today’s day and age, it is difficult for a Muslim to find a halal job, one that is ethical, clean, but most importantly that offers a halal environment. Most of us, especially those who live in the west, are caught up in open office environments, which are mostly mixed environments with no clear code of interaction between the two sexes. These environments are seldom safe from social dramas, love stories, tensions, and what is now known as “office politics”.

The question is, as a Muslim, one who wants to be productive and representative of their religion, how should you face such a situation? The classical answer is to get out of there! And find a halal job with a halal environment, but one can imagine, the repercussions of such an answer on the wider spectrum of the Muslim community.

This question has been on my mind as I was recently thrust into an office environment, and realised that things are ‘slightly’ different there than in my usual ‘All-Muslim’ work environment. I turned for advice to a couple of very experienced friends of mine, and I’ve put their answer below plus a bit on my take about this whole issue in the following top 10 tips:

Make sure the job you’re working at is at least halal (from an ethical and religious point of view), it’s bad enough you having to face work with a non-halal environment, at least make sure the income you earn is halal.

Set your religious parameters as soon as you start work: Prayer times, Friday Prayer breaks, not shaking hands with those of the opposite sex, whatever it is, make sure it becomes clear as soon as you join. The way to do it, is not to announce these actions, but simply go about and do them, as if expecting the other person to understand. If they raise any questions, then you explain briefly about your religious customs and duties, otherwise you may go into more detail if they show more interest. If you’ve had a bad start to the job, and now suddenly you want prayer breaks/friday break.. etc, expect some resistance, and people saying “well, he didn’t used to pray before!?” Best thing here is to speak to your manager about your new demands and explain its importance.

Smile, talk, and be polite to everyone. Don’t form mini-groups within the office, you don’t want to be associated with ‘them lots’ or ‘those over there’, be neutral, and you’ll avoid 99% of office politics. This is especially true if they are a group of Muslims/Non-Muslims in your office, be pleasant to both sides.

Never ever gossip/backbite. It’s forbidden in our religion, and will only lead you to trouble. I remind you here of the dangerous repercussions of backbiting, simple read Chapter 49, Verse 12, where Allah says:

“O ye who believe! Avoid suspicion as much (as possible): for suspicion in some cases is a sin: And spy not on each other behind their backs. Would any of you like to eat the flesh of his dead brother? Nay, ye would abhor it… But fear Allah. For Allah is Oft-Returning, Most Merciful.”

Moreover, regarding gossip, Prophet Muhammad (Peace be upon him) said in a simple hadith that a person who leaves what’s none of his/her business is a sign of their good Islam. If other people start gossiping, attempt to change the subject, or simply ignore it, never ever add fuel to the fire!

If a person starts regaling you with their sexual exploits, night out stories or chat up thoughts about another member of staff, a half smile is needed and either a polite withdrawal or excuse to leave, just mentally thank Allah he made you who you are and a wish he brings the other person to guidance. Do not stand listening unless you can’t get away, in which case, if you have to stand or sit there, just mentally make a list of the things you need to do so you look disinterested but not rude, you don’t have to join in the laughter at dirty jokes, just the half smile and leave, when possible. If you can change the subject then do so if not withdraw. If someone asks ‘don’t you find it funny?’, just say ‘its not really my humour’ or a big smile and ‘not really’. Don’t forget to smile, that way you are not insulting.

If anyone starts teasing you or making jokes about your behaviour, such as reading the Quran, then a chuckle and ‘well its the best book I’ve ever read’ will work wonders. I find a half laugh, half smile, shrug and ‘well that’s how I am’ works wonders. Offer a religious explanation if someone asks straight out and not during teasing.

If the office is mixed (which will most probably be the case) and any woman or man starts hitting on you just refuse to be drawn and make certain your behaviour is exemplary. Never allow a woman or man to stand too close to you or walk you into a corner. Invites trouble. If they do, reverse quietly. If you find anyone starts getting too personal, buys you gifts, food or hangs about by your desk, then be polite but slightly preoccupied.

If you find yourself getting attracted to a member of staff in the office (it happens, we’re only human! & Shaytan is working hard) ask Allah for guidance & strength, and start doing voluntary fasts, it’ll push these thoughts away and set your mind straight.

Most important people in the building are the support staff, e.g. post room, reception, cleaners. Always give them a polite greeting and a smile and if they empty your bin whilst you are there thank them, but keep the smile muted if they are from the opposite sex.

Finally, every morning make sure you pray the 2 rak’ah of Duha (minimum 2, you can pray up to 8 rak’ah if you want) before you go to work, it’ll help put barakah/blessing in whatever you do. Constant remembrance of Allah at all times, and dua dua dua! You’ll be fully equipped insha Allah to face any situation that comes up at in any office.

These are some of the tips that myself and close friends of mine were able to brainstorm together.