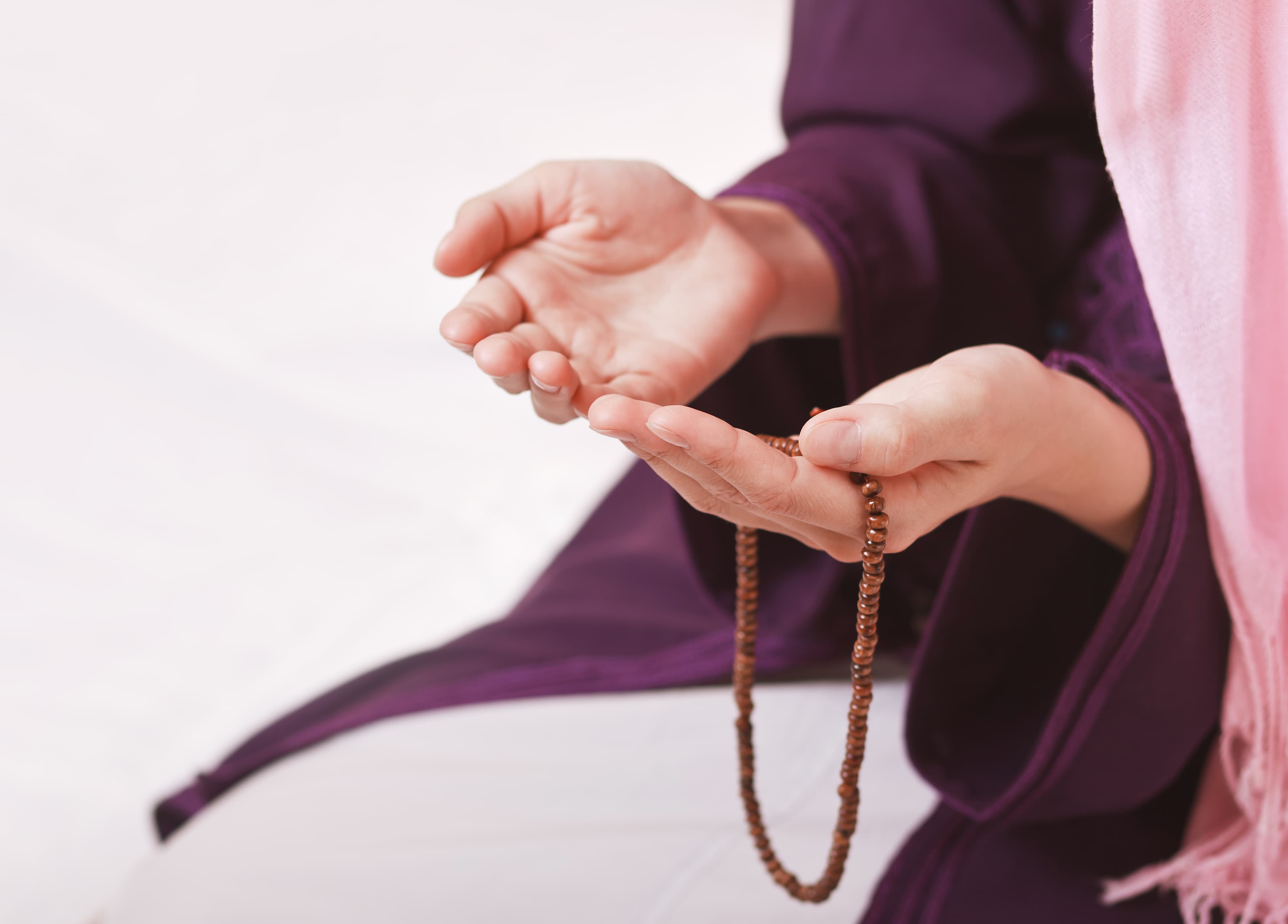 Why Didn’t Allah Answer My Du’a?

Why doesn’t Allah answer our Du’as ?

Imam Ibn Al-Qayyim (may Allah have mercy on him) said:

Du’as and Ta’awwudhat [prayers seeking refuge with Allah] are like a weapon, and a weapon is only as good as the person who is using it; it is not merely the matter of how sharp it is. If the weapon is perfect and free of faults, and the arm of the person using it is strong, and there is nothing stopping him, then he can lay waste the enemy. But if any of these three features is lacking, then the effect will be lacking accordingly.

1. Sincerity in making Du’a. This is the most important condition. Allah has commanded us to be sincere when making Du’a, as He says (interpretation of the meaning):

So, call you (O Muhammad and the believers) upon (or invoke) Allah making (your) worship pure for Him (Alone) (by worshipping none but Him and by doing religious deeds sincerely for Allah’s sake only and not to show off and not to set up rivals with Him in worship)

Sincerity in Du’a means having the firm belief that the One upon Whom you are calling Allah, may He be glorified and exalted is alone Able to meet your need, and it also means avoiding any kind of showing off in your Du’a.

2. Repentance and turning back to Allah. Sin is one of the main reasons why Du’as are not answered, so the person who is making Du’a should hasten to repent and seek forgiveness before he makes Du’a. Allah tells us that Nuh (peace be upon him) said:

I said (to them): Ask forgiveness from your Lord, verily, He is Oft-Forgiving; He will send rain to you in abundance, And give you increase in wealth and children, and bestow on you gardens and bestow on you rivers.

3. Beseeching, humbling oneself, hoping for Allah’s reward and fearing His punishment. This is the spirit, essence and purpose of Du’a. Allah says (interpretation of the meaning):

Invoke your Lord with humility and in secret. He likes not the aggressors

5. Making Du’a at times of ease, and saying more Du’as at times of plenty. The Prophet (peace and blessings of Allah be upon him) said:

6. Seeking to draw closer to Allah by calling upon Him by His Most Beautiful Names and Sublime Attributes at the beginning of the Du’a or at the end. Allah says (interpretation of the meaning):

And (all) the Most Beautiful Names belong to Allah, so call on Him by them

7. Choosing the clearest and most concise words and the best of Du’as. The best of Du’as are the Du’as of the Prophet (peace and blessings of Allah be upon him), but it is permissible to say other words according to the specific needs of a person.

Other aspects of the etiquette of making Du’a, although they are not Wajib (obligatory), are: to face the Qiblah; to make Du’a in a state of Taharah (purity); to start the Du’a with praise of Allah and blessings upon the Prophet (peace and blessings of Allah be upon him). It is also prescribed to raise the hands when making Du’a.

One of the things that helps to bring a response to Du’a is to seek the best times and places.

Among the best times is the time just before Fajr (dawn), the last third of the night, the last hour of Jumu’ah (Friday), when rain is falling, and between the Adhan and Iqamah.

Among the best places are mosques in general, and Al-Masjid Al-Haram [in Makkah] in particular.

Things which may prevent Du’a from being answered include:

1. When the Du’a is weak in itself, because it involves something inappropriate, or involves bad manners towards Allah, may He be exalted, or it is inappropriate, which means asking Allah for something which it is not permitted to ask, e.g. when a man asks to live forever in this world, or he asks for a sin or something haram, or he prays that he will die, and so on. Abu Hurairah (may Allah be pleased with him) said: The Messenger of Allah (peace and blessings of Allah be upon him) said:

A person’s Du’as will continue to be answered so long as he does not pray for something sinful or for the breaking of family ties.

2. When the person who is making Du’a is weak in himself, because he is faint-hearted in his turning towards Allah. This may be either because of bad manners towards Allah, may He be exalted such as raising his voice in Du’a or making Du’a in the manner of one who thinks he has no need of Allah; or because he pays too much attention to the wording and tries to come up with unnecessarily ornate phrases, without paying attention to the meaning; or because he tries too hard to weep or shout without really feeling it, or he goes to extremes in that.

3. The reason why his Du’a is not answered may be because he has done something that Allah has forbidden, such as having haram wealth whether it be food or drink or clothing or accommodation or transportation, or he has taken a haram job, or the stain of sin is still in his heart, or he is following Bid’ah (innovation) in religion, or his heart has been overtaken by negligence.

4. Consuming haram wealth. This is one of the major reasons why Du’as are not answered. Abu Hurairah (may Allah be pleased with him) said: the Messenger of Allah (peace and blessings of Allah be upon him) said:

O people, Allah is Good and only accepts that which is good.

Allah commanded the pious to follow the same commandments as He gave to the Messengers. He says (interpretation of the meaning):

O (you) Messengers! Eat of the Tayyibat [all kinds of Halal (lawful) foods which Allah has made lawful (meat of slaughtered eatable animals, milk products, fats, vegetables, fruits)] and do righteous deeds. Verily, I am Well-Acquainted with what you do

O you who believe (in the Oneness of Allah Islamic Monotheism)! Eat of the lawful things that We have provided you with

Then he mentioned a man who has travelled on a long journey and is disheveled and covered with dust; he stretches forth his hands to the heaven, (saying) O Lord, O Lord, but his food is haram, his drink is haram, all his nourishment is haram, so how can he Du’a be accepted? Narrated by Muslim.

The man described by the Prophet (peace and blessings of Allah be upon him) had some of the characteristics which help Du’as to be answered he was travelling and he was in need of Allah, may He be exalted and glorified but the fact that he consumed Haram wealth prevented his Du’a from being answered. We ask Allah to keep us safe and sound.

5. Trying to hasten the response. Abu Hurairah (may Allah be pleased with him) said: the Messenger of Allah (peace and blessings of Allah be upon him) said:

The Du’a of any one of you will be answered so long as he is not impatient and says, I made Du’a but it was not answered.

Narrated by Al-Bukhari and Muslim.

6. Making the Du’a conditional, such as saying, O Allah, forgive me if You will or O Allah, have mercy upon me if You will. The person who makes Du’a has to be resolute in his supplication, striving hard and earnestly repeating his Du’a. The Prophet (peace and blessings of Allah be upon him) said:

Let not any one of you say, O Allah, forgive me if You will, O Allah, have mercy on me if You will. Let him be resolute in the matter, whilst knowing that no one can compel Allah to do anything.

Narrated by Al-Bukhari and Muslim.

In order for Du’as to be answered, it is not essential to adhere to all of these points and be free of all that could prevent ones Du’as from being answered. That is something which happens very rarely. But one has to try hard and strive towards achieving this.

Another important point is to realize that the response to the Du’a may take different forms: either Allah will respond and fulfill the desire of the person who made the Du’a, or He will ward off some evil from him because of the Du’a, or He will make something good easy for him to attain because of it, or He will save it with Him for him on the Day of Resurrection when he will be most in need of it. And Allah knows best.